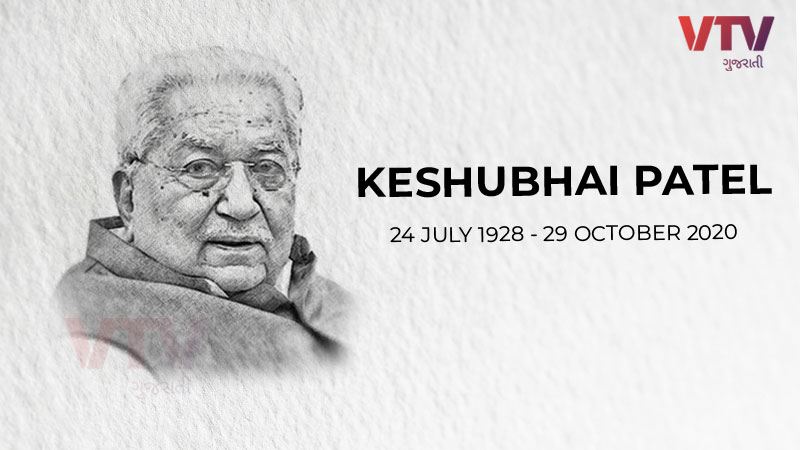 Former Gujarat Chief Minister and a stalwart who played a key role in building BJP in Gujarat, Keshubhai Patel, 92, died of cardiac arrest on Thursday morning. He was among the leaders who founded BJP in 1980s.

He was rushed to a private hospital in Ahmedabad after he fell unconscious at his residence in Gandhinagar. The nonagenarian was recently infected with Covid-19 but had recovered from the infectious disease.

According to Sterling Hospital where he was rushed to, Mr Patel died of cardiac arrest. The doctors tried to revive him but could not succeed. After the Covid-19 infection, his lungs were substantially damaged, creating difficulties in breathing.

The state cabinet passed a resolution expressing condolence over his death and also announced a day of state mourning. The BJP has also cancelled all events and campaigning for by-polls in the state.

As soon as news of his demise became public, condolence messages began pouring in from top functionaries and leaders including the President of India Ram Nath Kovind, Prime Minister Narendra Modi and Union Home Minister Amit Shah, Gujarat Governor and Chief Minister and others.

President Ram Nath Kovind in his condolence message tweeted, “With the demise of Keshubhai Patel, former Gujarat chief minister, the nation has lost a stalwart leader. His long public life was dedicated to improving the lives of millions, especially in villages. As champion of farmers' causes, he enjoyed extraordinary rapport with masses.”

Paying a rich tribute to the late Chief Minister and grassroots leader, Prime Minister described him as his mentor. “Our beloved and respected Keshubhai passed away… I am deeply pained and saddened. He was an outstanding leader who cared for every section of society. His life was devoted towards the progress of Gujarat and the empowerment of every Gujarati.”

“Keshubhai mentored and groomed many younger karyakartas including me. Everyone loved his affable nature. His demise is an irreparable loss. We are all grieving today. My thoughts are with his family and well wishers. Spoke to his son Bharat and expressed condolences. Om Shanti,” PM Modi tweeted from his social media handle.

During his long political career, Mr Patel, who had begun his political innings with Jan Sangh, was six time member of the state assembly, member of Rajya Sabha and minister and Chief Minister of the state besides holding the post of leader of the opposition also.

After he resigned as the Chief Minister in 2001 following the party’s poor performance in local elections and also after a devastating earth quake in which more than 15000 people had died in January 2001, Mr Patel was sent to Rajya Sabha from Gujarat.

In the run up to the state assembly polls in 2012, Mr Patel had floated a regional party Gujarat Parivartan party (GPP), which had fared poorly winning only two assembly seats in the state. Before the parliamentary polls in 2014, Mr Patel had resigned as MLA while merging his GPP with BJP.

Subsequently, he retired from political life and devoted his time to Somnath temple board where he was chairman of the trust in which PM Modi and Union Home Minister Amit shah are also members.

As Chief Minister, Keshubhai’s first brief tenure in 1995 was marked with political instability which forced him to resign after the rebellion by Shankarsing Vaghela and his second innings from March 1998 to October 2001 was marked with successive natural calamities including consecutive droughts, in Saurashtra, massive cyclone in Saurashtra and Kutch and devastating earth quake in the state.