Gujarat government had submitted a list of more than a dozen GAS cadre officers to UPSC for being promoted to IAS officers.

Among these, 11 personnels have been finalized to be promoted as IAS officers according to sources. These 11 officers include Mehul Dave, Ramesh Merja, Naimish Dave, K C Sampat, P D Palsana and 6 other officials.

Originally hailing from Amreli, GAS cadre officer Mehul Dave is the current director of DRDA placed in Mehsana. He has been posted at this position since June 2019.

Serving as the personal secretary of state legislature speaker Rajendra Trivedi, Naimesh Dave as also been added in the list of promotees. Dave has been serving on this post since 2018. 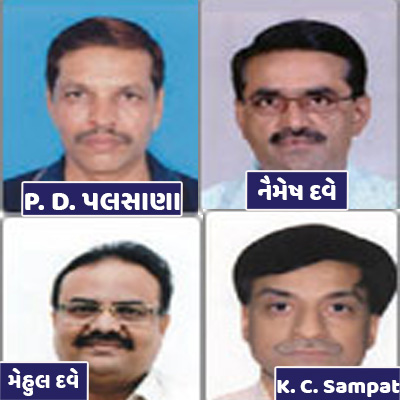 Originally from Rajkot, K C Sampat is serving as an Officer on Special Duty to governor Anandiben Patel in Uttar Pradesh.

Another officer hailing from amreli and included in this list is P D Palsana. He is currently the Officer on Special Duty in Gujarat Maritime Board.

A list of GAS cadre officers, selected to be promoted to IAS, is prepared by the General Administratie Department (GAD). This list is further rectified by the state government’s department of promotion committee.

These names are discussed with UPSC and ministry of personnel and training for further process. Here, final names are put forward after a discussion with UPSC officials and centre and state government’s top officers.

The approved list of officers is released via notification by the ministry of personnel and training.