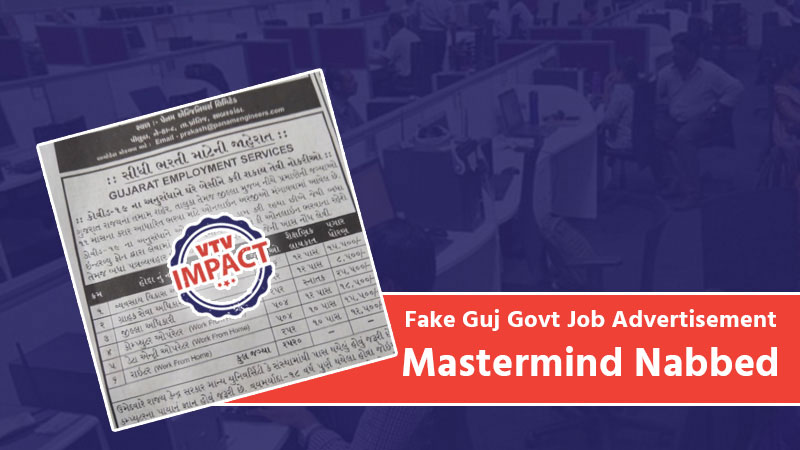 Two days after a job advertisement appeared in local dailies asking job seekers to apply in the various categories of jobs by paying a nominal fee online, the Gujarat Police on Saturday arrested one Sandeep pandya, who allegedly placed the advertisement to cheat job seekers.

The advertisement titled direct recruitment by “Gujarat Employment Services” appeared in the local newspapers resembled as if it was issued by the government for openings in its various departments. While lodging a case immediately after the recruitment ad appeared, the state authorities also warned the job aspirants against applying in the same.

The Police have lodged a under sections 406 (criminal breach of trust), 419 and 420 (cheating), and relevant provisions of the Information Technology Act.

"Based on a technical analysis, Pandya was found responsible for placing the advertisement and further probe is underway to track down others involved in the scam," the police statement read.

After the advertisement appeared, around Rs 14 lakh was collected by the accused and his accomplices.

In the advertisement, the applicants were asked to fill a form on the website www.gujarates.co.in and deposit Rs 300 as application fee for jobs that came with the incentive of work from home due to the COVID-19 pandemic.

The ad sought applications from job aspirants between the ages of 18 and 50 for 2,520 vacancies for six posts like business development officer, customer service officer, district officer, computer operator etc, on contractual tenure of 11 months.

According to sources in the police, there is a gang operating in the state which issues such fake recruitment advertisements to cheat job aspirants.